I wish I could be involved in these library projects or get something like this for my library one day!

The Great Reading Adventure is an online summer reading program that trumps our current online software (Evanced’s Summer Reader) in almost every way. The design is cool, the features are awesome, and it’s much more interactive. I hope to use this in the future at my library!

Chicago City of Learning is another amazing project that I’m super jealous of. I started to look into badges for my summer reading program but couldn’t conceptualize how it would all work. CCOL has done a fantastic job of promoting connected learning and awarding badges.

“CCOL is a groundbreaking initiative that joins together learning opportunities for young people in a way that allows them to think about, pursue, and develop their interests. CCOL breaks down the false barriers between learning that happens in school and learning that happens outside of school. Through CCOL young people can take new paths of discovery, explore the city’s rich resources and find out what they can learn, make, do, and ultimately become.”

I wish I worked in Chicago right now… 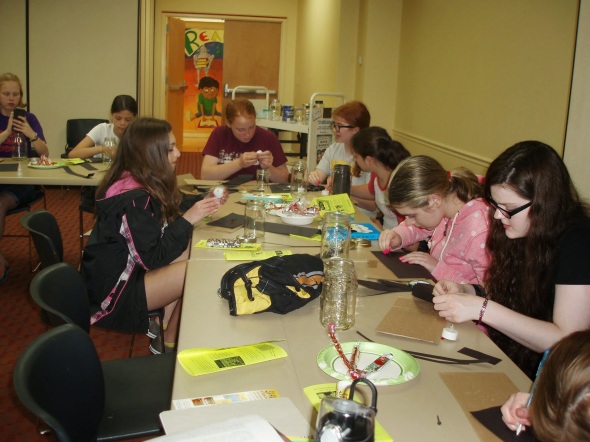 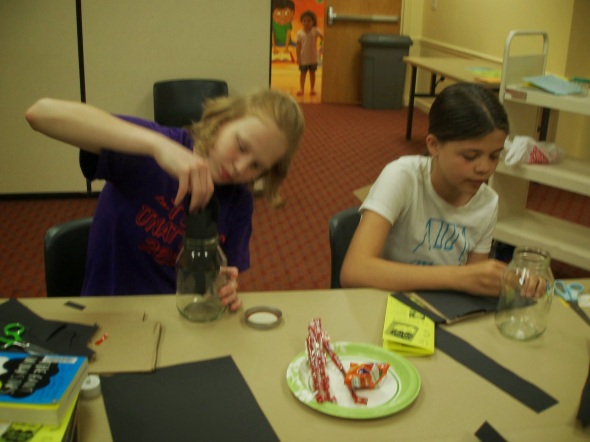 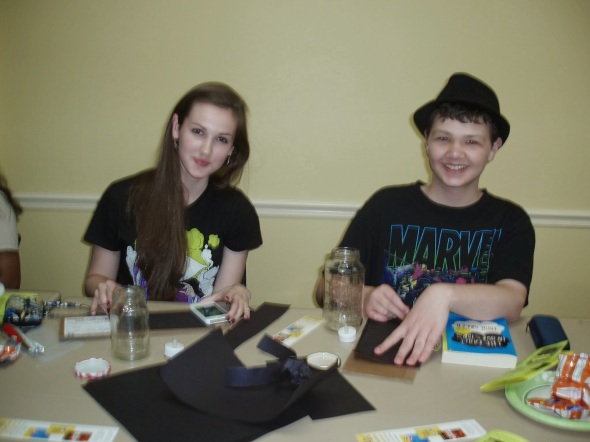 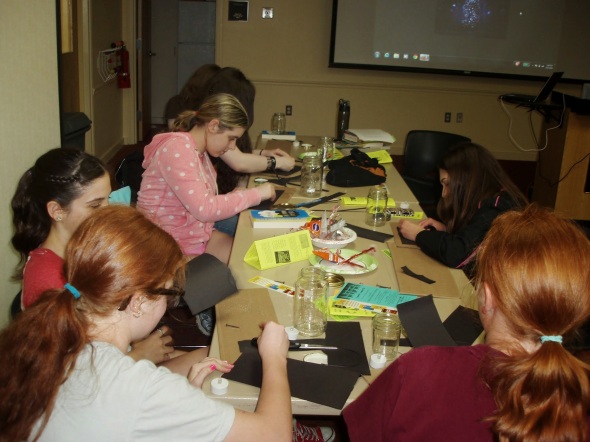 All the colors of the rainbow

We had a great program the other night for teens and tweens at my library: CANDY SUSHI! It was so cool to watch everyone come up with different designs for their sushi. We put out lots of candy, I mean LOTS. The ingredients were:

Just like the show “Iron Chef,” we also had a secret ingredient which was candied melon strips. Everyone constructed their sushi for about 40 minutes. Then they all put their plates up at the main table and voted on Most Colorful, Most Authentic, and Best in Show. The plates were numbered to keep things simple and anonymous. The winner received chopsticks, origami paper, and a Japanese snack. Best in Show got some dried fish snack too! (A gag gift but still fun!)

All the pictures from the program are up on Abington Free Library’s Picasa site here. I would definitely do this program again. It would be great for all ages, not just tweens and teens, but also families with younger children as well.

2013 is almost over. It’s been a great year at Abington Free Library. Here’s what I’m most proud of this year.

The Teen Advisory Board at the library suggested that we start a book club this year. It’s been pretty popular so far. Every time we host a book club, the first 10 teens to sign up get a free copy of the book. These free copies were purchased with money donated by the Friends of Abington Libraries and I’m so grateful!

April – Divergent by Veronica Roth – Most popular with 22 teens attending!

June – The Name of the Star by Maureen Johnson

August – Everybody Sees the Ants by A.S. King – The author graced us with a visit, answered questions, and signed books. She is a rad lady. You should follow her on twitter: @ AS_King

We will continue the Teen Book Club in 2014. The first book of the year will be Clockwork Angel by Cassandra Clare.

From the Japanese mascot program on November 4 , 2013 at Abington Free Library

I held a Harry Potter Quizzo program last Wednesday for teens at my library. It was so much fun planning it, baking and buying goodies for it, writing the Quizzo questions, and watching the teens really enjoy themselves and have a great time.

Each Quizzo round was based on one of the Harry Potter books, so there were 7 rounds total with 8 questions and a bonus question each. I was rushing to fit in all the questions before our time was up! Some of the teens were Harry Potter fanatics so I really should have made the questions a lot harder than they were. These guys were so smart that they were catching me on technicalities – like the fact that in the fourth book, the person who brought Harry back to the castle after his battle with Voldemort could either be Mad Eye Moody or Barty Crouch Jr, since Barty was disguised as Mad Eye. I was floored by the things they remembered from the 4,224 pages that they read of the series. Never underestimate your teens! They will outsmart you every time.

Some other highlights from the program: